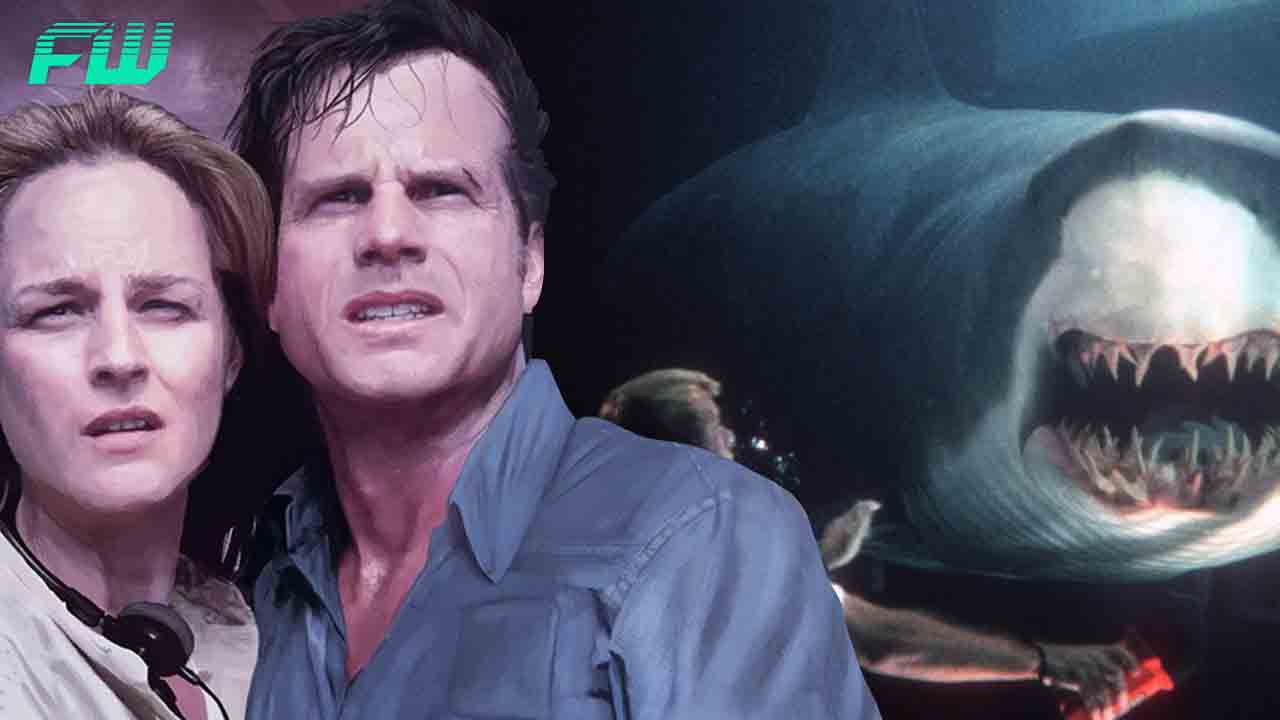 The 90s were an incredible time to live. Hollywood has given us epic action-adventure masterpieces that are still relevant to this day.

When it comes to disaster films, Dante’s Peak could really be called a cinematic masterpiece of the 90s. James Bond actor Pierce Brosnan plays volcanologist Harry Dalton in this film. Harry Dalton travels to Dante’s Peak and finds to his surprise that a enraged volcano is about to erupt and kill everyone nearby. Now he must convince the townspeople to evacuate the area before it’s too late.

Jean-Claude Van Damme was at the peak of his career in the 90s. And many times he gave us cheesy action thrillers that were pure popcorn movies. Double Team was one of those rare occasions when a JCVD â€‹â€‹movie was called overwhelming. Paul Quinn, a retired government agent, is forced to return to the field when his nemesis returns. Paul must join the CIA to catch Stavros, his biggest nightmare.

Bill Paxton plays Ben and Helen Hunt plays Jo in the film. They play a thunderstorm hunter and a meteorologist who never agree because of their marital differences. Now the divorced couple must put all their bickering aside to save the people from a series of violent tornadoes that are terrorizing Oklahoma.

The sea can be dangerous. And it is not taken lightly when humans try to play God. In an underwater base, a group of researchers are using genetically engineered sharks to search for a cure for Alzheimer’s disease. Problems ensue when sharks escape captivity and start stalking humans. Genetic modifications have made them smarter and more aggressive.

The Hunt For Red October has an ensemble cast and a great story. CIA analyst Jack Ryan realizes that the captain of an experimental nuclear submarine, Captain Marko Ramius, is trying to defect. He only has a few hours left to find him and the sub. It’s an absolute Tom Clancy classic that’s full of suspense and thrill.

Granted, this is more sci-fi, Star Trek VI: The Undiscovered Country still counts as an action adventure due to the plot. An abnormal explosion on the Moon leads the Klingons to call for a summit of peace. The Federation agrees, but things escalate when Kirk and McCoy are charged with the murder of the Klingon Chancellor.

Based on the classic novel by Alexandre Dumas. the film follows the three titular musketeers and a star-eyed recruit who wants to make a name for himself. The heroes must help save the king and the country from the intriguing machinations of the evil Cardinal Richelieu. the movie has a really good flow and there is an incredible chemistry between the main character and the supporting characters.

No one ever thought that an alien invasion movie could be this captivating. Roland Emmerich did everything to make this film a success. From creative marketing strategies to inventive storytelling, Independence Day had it all you could ask for. Alien invasion movies cost a dime a dozen now. But Independence Day was where Hollywood hit its peak in this sub-genre. All the other films that followed did not reach this benchmark.

Brandan Fraser and Rachel Weisz team up for this action-horror comedy thriller. Fraser plays Rick O’Connell, an adventurer hired by Egyptologist Evy (Rachel Weisz). Together, they must unravel the secrets buried deep within ancient Egypt and defeat an evil they may have accidentally unleashed upon the world.

This 1996 movie has incredible CGI effects for a movie of its day. It is a story of redemption and second chance. A knight gave up the old code because it does not bring him wealth. He then teams up with a literal dragon to stop an immortal evil king from destroying the entire earth and its inhabitants. Dragonheart is an evergreen classic for all ages.

Mummy actor Billy Zane plays the iconic superhero in The Phantom. He is the 21st successor to the legendary resident hero of Bangalla. Billy Zane’s character travels to New York. There he faces a new type of enemy. A magician tries to get his hands on three magical skulls which will give him supreme power. And it’s up to the ghost to save the day.

While the first film is considered a cult classic, Predator 2 is cursed to live in the shadow of the original film. But the sequel is actually a very good movie in its own right. Lt. Mike Harrigan tracks down a mysterious alien killing machine that is slaughtering drug gangs in Los Angeles. There are no trees. The Predator has now taken over the concrete jungle.