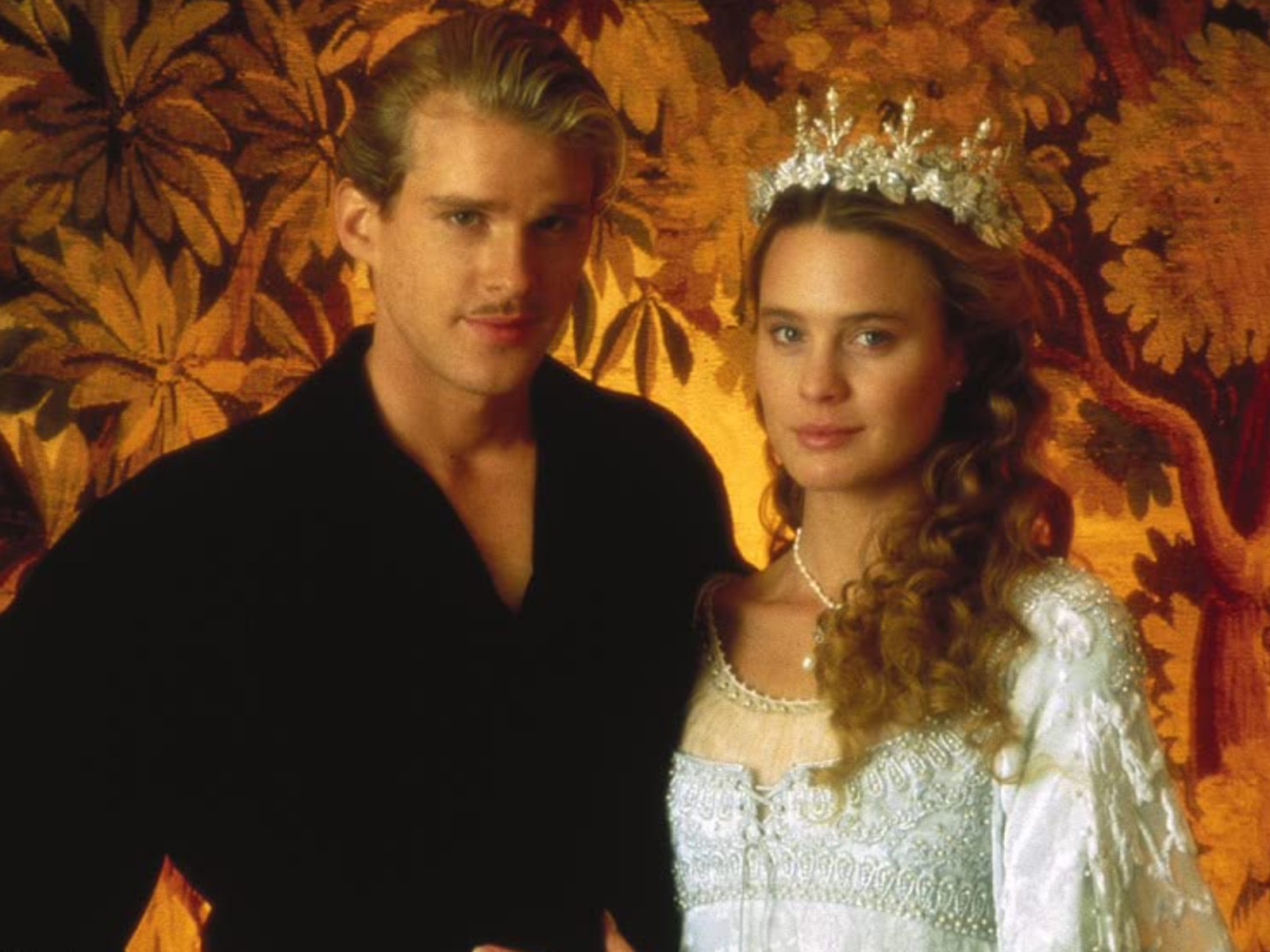 This content is in partnership with Milwaukee Symphony Orchestra. Buy your tickets now – see you soon!

Need the perfect last minute Christmas present? Or the perfect way to start the New Year, isn’t it? As you like.

The Milwaukee Symphony Orchestra to kick off the New Year in an incredibly fun way with a special performance of the iconic cult classic “The Princess Bride”, performed live alongside a screening of the film January 1-2 at the Bradley Symphony Center . Because while the fantasy favorite of 1987 is one of the most-cited films of all time, the score of composer (and Dire Straits frontman) Mark Knopfler is just as essential to the touching love story. and timeless of the film, to the hilarious inventory of punchlines and tonal tightrope glory. (No more rhymes now, I really mean it!)

Do not believe me ? We are men of action; lies don’t get us – but even if that line doesn’t work, here are some of the best musical moments from “The Princess Bride”. Six of them, to be exact, as a tribute to the man who killed Iñigo Montoya’s father and who should prepare to die.

There’s a lot to discover in “The Princess Bride” – from howling eels and foes become friends, to cliffs of madness, swamps of fire and dramatic mawwage. Which doesn’t exactly leave a ton of time to emotionally establish the romance that ties all of these fantastic elements together and drives the big story. And yet, in barely 90 seconds, “The Princess Bride” makes the public fall for its young lovers of the countryside.

Robin Wright and Cary Elwes deserve a lot of the credit, being gorgeous and cramming heartfelt sonnets of romantic nostalgia into just a few words (just three in the case of the latter), as well as the warm sun-speckled cinematography. But don’t overlook the impact of the sheet music here either, with the guitar’s soft, light strings transforming into a lush orchestral love theme, setting the perfect and simply sweet tone that endures through everything. Even rodents of unusual size.

It’s easy to take for granted how much of the wild story rocks in the work of “The Princess Bride”. For example, generally, we’re not supposed to quickly enjoy the company of the goons who just take away half of our romantic leads and are plotting to start a massive war with his body ultimately murdered. But screenwriter William Goldman’s screenplay strikes the perfect balance to make them both a bit mean and threatening while also being a bit noble, troubled with their conscience and refusing to go as far as Vezzini wants, and even a bit awkward. . But in case Goldman needs a little help, there are the warmly strummed strings playing a little mischievous and casual theme in the background as we learn more about Fezzik and Iñigo. It’s a little adventurous, a little threatening, a little playful, and even a little tender, helping to establish that they’re a threat … but no, not really. It’s a key part of setting that delicate tone – serious, sarcastic, thrilling, hilarious, romantic, wacky – that made “The Princess Bride” so beloved decades later.

“Queasy” isn’t a word I often use to compliment something – but in the case of music during the pursuit of the Cliffs of Madness, it’s exactly the right word to describe exactly the right sounding score. . Throughout it all you’ve got the usual action-adventure score, setting the mood and creating increasing tension as Dread Pirate Roberts quickly crawls up the rope, alarmingly catching up with Fezzik, Iñigo, the kidnapped buttercup and the very disturbed Vezzini. But joining the typical orchestral score, perfectly growing and growing in intensity, you have these sonorous moans – a haunting scream of disturbing strings – that totally add to the surreality and tension of the moment, hanging from the side of a few giant cliffs as a one. dark stranger wins over our bickering wicked. It sends a well-deserved thrill down the audience’s spine and makes the cliffs and this chase drive them as crazy as they should be.

“The Princess Bride” is filled with outlines and moments, but one of the first highlights is easily the duel between The Dread Pirate Roberts and Iñigo Montoya, two enemies who would hate killing each other and would hate dying even more. The swordplay is sharp and tense – with the witty script its only equal, their hilarious and quotable jokes adding the ideal punctuation to their intense parry. The score is as on its games and its toes as our two fighters, with manic and skin-deep strings, the music skillfully emphasizing the beats (both dramatic and comedic) for added excitement and humor, sliding ropes and what looks like castonnettes adding a bit of playful shading to the whole ordeal since this is all meant to be FUN at the end of it. It’s music as crisp and sharp as the fence on the screen.

As I mentioned in the musical moments track “Return of the Jedi”, sometimes it’s not about the music that a movie plays, but the music that a movie doesn’t. In the case of the “Star Wars” sequel, a musical break at the right time enhances the thrills; here it enhances the laughs. Everyone knows this iconic line – but while the quote receives all the love, the music is also essential, helping to build up the tension of Iñigo who finally comes face to face with the man who killed her. father, marked his face and forever changed his life. path. After a few grandiloquent musical stabs to match Iñigo’s swordplay, the score fades into a calm but present violin note, adding to the buzzing intensity of his emphatic delivery before disappearing to seemingly begin the duel. to end all duels … only for the hilarious six-fingered man to bail out and run away. It’s a perfect punchline for popping the tension – and the timing wouldn’t hit so hard if the music didn’t set things right and slip away so perfectly.

I’ll be honest: as good as the sheet music is in “The Princess Bride”, the actual music played in the movie … sometimes doesn’t sound so good. This was in the ’80s, so we’re dealing with the synth trends of the day and the limits of digital recording, and it apparently wasn’t a big budget production requiring a failing large orchestra. As a result, the music may sound a bit thin or tinny, especially on your laptop speakers. Even so, the heroes’ final escape at the very end still sounds wonderful: Fezzik and Iñigo’s scratching theme kicks things off, the wonderful harp as Buttercup falls through the air towards freedom, the theme of romance playing full of magnificent power, it all comes together one last time in a triumphant celebration. No wonder Fred Savage doesn’t even care about the kisses during this part.

And if the final score sounds just as good on laptop speakers with poor mixing and compression of 80s digital music, imagine how lush and incredibly glorious it will sound with a full-size orchestra behind it, live rather than through a laptop. Get used to the contrary of disappointment.

“The Princess Bride” live with the Milwaukee Symphony Orchestra will be on stage and on screen January 1-2 at the Bradley Symphony Center. For tickets, call (414) 291-7605 or visit the OSM website. And happy holidays!