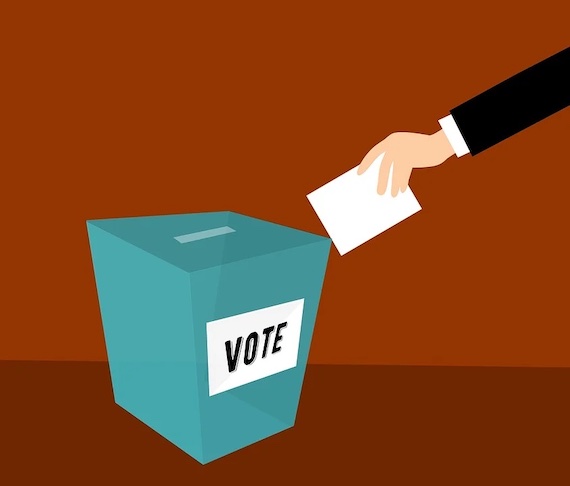 Ballot initiatives allow the people to avoid right-wing politicians in this election, so the right wants to abolish them

( Otherwords.org) – This fall, in the run-up to the midterm elections, a group of Catholic nuns, Protestant ministers and other religious leaders caravanned in South Dakota for what they called a “Love Your Neighbour”.

Citizens’ initiatives achieved great successes at mid-term. But now this form of direct democracy is under attack.

The purpose of this tour: to build support for a ballot initiative to help more South Dakotans get the care they need.

Through such initiatives, citizens can circumvent elected officials who have become disconnected from their constituents.

In this year’s elections, voters over 30 states engaged in this form of direct democracy. These voters enshrined abortion rights in states like Michigan, funded universal preschool and child care in New Mexico, and clamped down on medical debt in Arizona.

In South Dakota, the “Love Your Neighbor” campaign won big. By a margin of 56 to 44, voters approved a proposal to force their state government to expand Medicaid eligibility, a move that will help about 42,500 working-class people get treatment.

These people earn too much to qualify for the state’s existing Medicaid program, but too little to access private insurance through the Affordable Care Act. Since 2010, the federal government has covered 90% of the costs when states expand Medicaid, but political leaders in

This isn’t the first time South Dakotans have used effective strategies of people-to-people organizing and ballot initiatives for the good of their neighbors.

In 2016, a bipartisan coalition with strong support from the faith community won an incredible victory against financial predators, winning 76% support for a ballot impose a 36% interest rate cap on payday loans. Previously, those rates averaged around 600% in South Dakota, trapping many low-income families in a downward spiral of debt.

Voters there approved an increase in the state minimum wage to the same level Biden has proposed — $15 an hour — by 2026. The measure, which sailed with 58% supportwill mean larger paychecks for approximately

Election measures like these can send a healthy wake-up call to political leaders who aren’t listening to their constituents. But some special interests, especially those with deep pockets and driven by narrow profit motives, don’t necessarily want ordinary Americans to be heard.

State legislatures across the country have seen a slew of bills aimed at restricting or eliminating the ballot measurement process. According to Voting Initiative Strategy Centerthe number of such bills has increased by 500% between 2017 and 2021. Dozens more have been introduced in 2022, including efforts to raise the threshold to pass a ballot measure beyond a one-way vote. simple majority.

The purpose of these restrictions? To undermine the will of the people.

At a time when more and more Americans are worried about the future of our democracy, we should applaud the advocates in South Dakota, Nebraska and elsewhere who engage their fellow citizens in the political decisions that affect their lives. .

We need more democracy. Not less.

Sarah Anderson directs the Global Economy Project and co-edits Inequality.org at the Institute for Policy Studies.

‘Between hilarity and sternness’: How Bogshed pierced a cult audience | Music