With singing guitars, “Memento Mori” begins his heroic journey through epic soundscapes. The song emerges as a melodic rock anthem with a familiar medieval character full of blazing guitar riffs and violin solos. Lyrically, Feuerschwanz encourages self-reflection on his own existence in “Memento Mori” and confronts the ephemeral human, following the motto of living life to the fullest – here and now.

Singer, songwriter and multi-instrumentalist Prinz Hodenherz on the new song: “The title track of the new album is the logical continuation of our previous album Das Elfte Gebot. The saying” Memento Mori “(Latin for” Be aware of mortality “) originated in ancient Rome and was one of the main ideas of High Middle Ages poetry as well as the Vanitas movement of German Romanticism. It is still a frequently cited motif in the visual arts world today In the song, the Gregorian chant “Dies Irae” (Latin for “Day of Wrath”) is quoted with bagpipes, a hurdy-gurdy and Hans’ heavy guitars.

Nerdfact: If you listen carefully, you will also find the central motif of world famous film scores, including the soundtrack of “Lord of the Rings”!
What does all this have to do with Feuerschwanz? Since the creation of the group, it has always been about living here and now and celebrating existence. In ancient Rome, there was a ritual where a slave stood or walked behind the victorious commander during the triumphal procession. He held a golden or laurel wreath on the heads of the victors and continually berated them with the expectation â€œMemento Moriâ€. For us, that means: even if you have something to celebrate, it can all be done at any time! That’s kind of what happened to us when we played by far our biggest headlining shows shortly before the pandemic started and our most successful album, Das Elfte Gebot, was released. For us as a group, it was a formative experience that united us even more and allowed us to move forward creatively.
We can’t wait to experience, enjoy and re-capture all the great moments together with our fans on Memento Mori … as if the ferryman is already there.

We invite all those who, like us, thirst for life. “

Memento Mori, the sequel to the hit album Das Elfte Gebot (No. 3 on the German charts), sings about great adventures, past battles and exceptional heroic deeds in typical Feuerschwanz fashion. Feuerschwanz manages to stay true to its hallmarks and, at the same time, to venture musically into new areas.

Feuerschwanz on the new album: â€œYou take nothing with you in your grave, except your coffin … Memento Mori is the direct successor of Die Letzte Schlacht! The world of Hauptmann Feuerschwanz is in flames, overrun with the living dead and flogged by religious fanatics … it all feels terribly real, even in Anno Domini 2021, so it’s time to challenge the storm again and celebrate the life. Live here, live now – until death sharpens its knife! “

As a highlight, some versions of Memento Mori will include a bonus CD with seven covers of Manowar, Amon Amarth, but also O-Zone, among others.

Memento Mori will be available in the following formats: 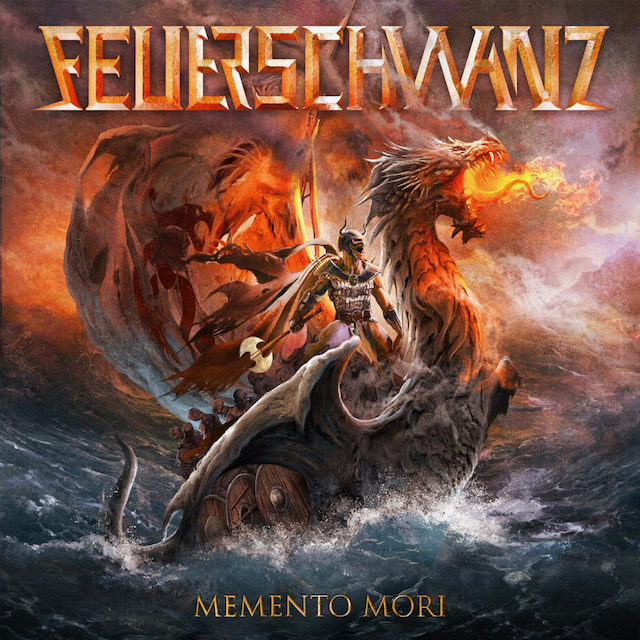 A few days after the release of the album, Feuerschwanz will embark on a long tour through Germany, Austria and Switzerland. They will be accompanied by the intrepid kings of heavy metal Warkings.