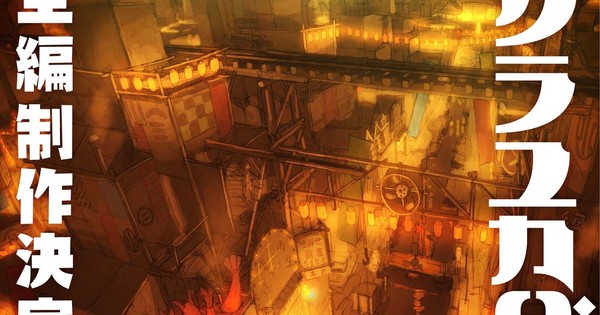 The staff for Shigeyoshi Tsukahara and Twiflooriginal anime project Kurayukaba announced on Saturday that a full version had officially received the green light. A new visual of the entertainment district of Mizu no Chimata history also debuted on Saturday to commemorate the announcement. 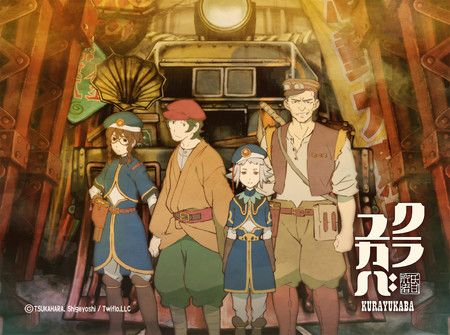 Our story takes place beneath the surface of the great metropolis, beneath the city district of Ogi in a realm of dreams that floats in a haze of purple lignite smoke.

A network of roads stretches underground, hiding bandits at every turn! An armored train winds its way through looming darkness: The Sokore 463 armored train is equipped with a 75mm mountain cannon that can detonate a target to smithereens! At the controls is the mysterious girl Tanne.

What awaits her and her comrades? From the winding alleys of Akegata (dawn) to the deep underworld of Kuragari (darkness), a daring adventure unfolds!

Professional storyteller MatsunojÅ Kanda plays the main character SÅtarÅ, who pursues the mystery of the mass disappearance in the deep underworld. The cast also includes Tomoyo kurosawa like TannÃ©, YÅ« Serizawa like Saki, and Raiko Sakamoto like Inarizaka.

Tsukahara (“The traveling man with the brocade portrait”, “Joseito”, “Hashi no Mukou”, SEKAI NO OWARI the animated sequences and set design of the rock band in concert) made his feature film directorial debut with the anime at Makaria, and he is also credited for the original story and screenplay. Kazunori Minagawa (animation director on Macross Delta, Tokyo crows, Yuruyuri, Code Geass: Akito the Exiled) designs the characters.

Artist maxcaffy takes care of computer graphics and acts as director of photography. Pochi is in charge of the artistic staging and the original sets. The “design work” staff members are Chuta Akatsuki, Keeze, Takeshi Ishikawa, Kazunoko, Kitsuneiro, Kahi and Shie Nanahara. Ryo-timo (Yozakura Quartet) is credited as a special host. Akatsuki also composes the music.

The “opening chapter”, the previous pilot film and the documentary video of the recording sessions of the casting dialogues will be screened at the Cine Libre Ikebukuro theater in Tokyo from August 13 to 26, with the director Shigeyoshi Tsukahara‘s four shorts earlier.

The project was presented at the 2018 Annecy International Animation Film Festival in June 2018.