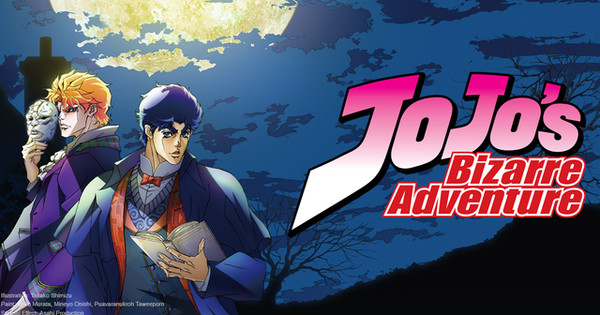 The company describes the first episode of the anime:

England 1868. A thief attempts to loot an overturned car, but discovers that two of the occupants, a man and his young son, are still alive. The man, George Joestar, claims he will be forever indebted to his savior, who turns out to be Dario Brando.

The anime debuted in Japan in October 2012, and it adapted the first two parts of Hirohiko Araki‘s JoJo’s bizarre adventure manga.

The JoJo’s Bizarre Adventure: The Golden Wind anime premiered in July 2018. The anime has adapted the fifth part of the manga. Netflix started airing the season in India on April 1.