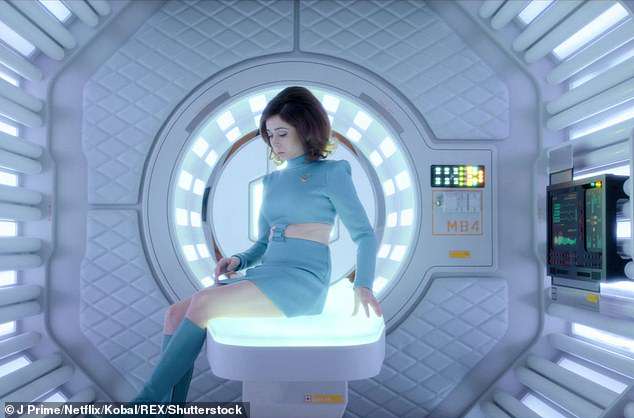 Netflix to Launch ‘Choose Your Own Adventure’ Movies and TV Shows

Netflix will launch ‘choose your own adventure’ movies and TV shows by the end of this year, starting with Black Mirror, report says

By Reuters and Cheyenne Macdonald for Dailymail.com

Netflix will soon allow you to choose the end of certain movies or episodes.

The streaming giant is gearing up to launch choose-your-own-adventure-style specials in the coming months as part of a bigger push toward interactive television, according to Bloomberg.

The first draft of the new lineup is set to release by the end of this year, and Netflix’s hugely popular sci-fi show, “Black Mirror,” will premiere an episode as part of this draft.

Scroll down for video

Netflix will soon allow you to choose the end of certain movies or episodes. The streaming giant is gearing up to launch choose-your-own-adventure style specials in the coming months. The new season of Black Mirror will have one of these episodes. A picture of Black Mirror 4 is shown

The Los Gatos, Calif.-based company is developing specials that will let its users decide the next scenario, Bloomberg said, citing people familiar with the matter.

Netflix previously released the animated program “Puss in Book” where viewers could choose alternate endings of the same show.

The company has tested alternate endings in animated children’s programs, with episodes of shows such as “Puss in Book” allowing the viewer to choose how certain scenes will play out.

In Puss in Book, for example, the viewer is tasked early on with choosing whether the cat will fight a god or a tree.

And, if you don’t like the result, you can always go back and select the other option.

According to the report, the firm is also working on an animated series based on the Minecraft game, with plans to release it before the end of the year. 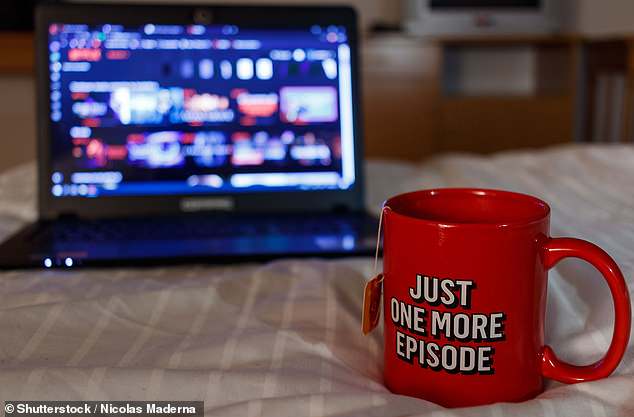 The move comes amid a larger push towards interactive television. Netflix previously released the animated program “Puss in Book” where viewers could choose alternate endings of the same show. Image bank

HOW YOU CAN WATCH A WHOLE YEAR OF NETFLIX CONTENT

Kinnari Naik from the University of Leicester found that an unemployed adult could watch all 1,399 content uploaded to Netlfix in 2017 by following a strict routine.

The study allocated time away from watching Netflix to account for:

Black Mirror, which is set to release its final season later this year, will feature an interactive episode that will allow viewers to choose which direction it takes.

Bringing this to life, however, will be much more complex than bringing it to life for the animated children’s series.

Scripts will need to be much longer, which means writers and producers may have to reevaluate their compensation.

The violent implications of choose-your-own shows