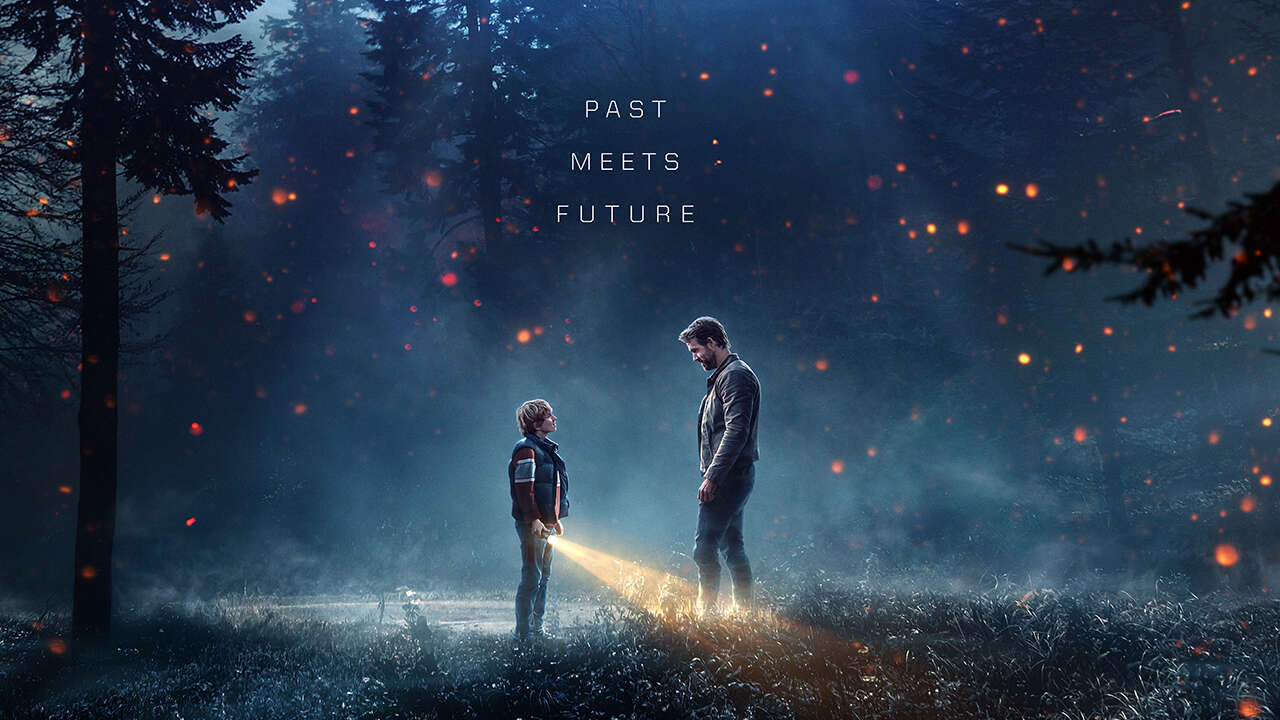 There’s something magical about 1980s adventure films, and not just big names like Indiana Jones. Family films from this period were filled with wonder and were all coming-of-age stories in one way or another. Many of these films leaned heavily on science fiction, whether the hero fights aliens in space, travels through time with a robot that looked like Pee-Wee Herman, or builds a spaceship with friends there. has plenty of clues reminiscent of a time when family movies got dark and had to grow up in a hurry. Netflix’s latest film, The Adam Project, feels like it’s been pulled from that era and thrown into the present.

The Adam Project stars Ryan Reynolds as Adam, a time traveler from 2050 who finds himself in 2022. He meets the 12-year-old version of himself – played by Walker Scobell – and the duo decide to escape the evil guys. Said villains are also time travelers with Catherine Keener’s Maya Sorian leading them. She owns the company in charge of all time travel technology. The film also features a stellar supporting cast that includes Jennifer Garner and Mark Ruffalo as young Adam’s parents, and Zoe Saldana as older Adam’s love interest.

The Adam Project follows the all-too-familiar format of a child needing to move on with their life – whether it’s growing up, coming out of trauma, etc. – and to be prompted by the hero’s call to intervene. It’s the hero’s journey in a nutshell, a tried and true formula for a great adventure film. Young Adam verbally lashes out at his mother and peers – well, bullies to be precise – in order to come to terms with his own grief over the death of his father a year and a half ago. Its call-to-arms moment is when older Adam (Reynolds) needs the help of his younger self to time travel again. And there’s nothing more magical for a child than seeing a movie where the adults need the child’s help. It’s empowering, and it’s a trope we see over and over again in family movies. It works incredibly well here and will hit that nostalgic button for so many.

There is a problem with the younger and older Adam. They don’t necessarily feel like the same character at two different times in their lives, sometimes. Yes, they still throw in those hilarious one-liners we typically see in Reynolds movies, but it never feels like they’re portraying the same character. Scobell is great as a kid trying to move past something traumatic and going after all the wrong people, and Reynolds is great as someone literally trying to change their past after losing way too many people he loves it, but Reynolds just doesn’t feel like the old version of Scobell.

But by the way, everyone in this movie fits in really well. Saldana is good at playing badass, and she does it here. His introduction in the movie is incredibly fitting for the character. Ruffalo is a scientist – again, quite appropriate. Garner plays a mother trying to reach her son and run a house, and although she’s played the role of “caring mother trying to make it work” before, it’s one of the most memorable films for her. . Out of that supporting cast, the only thing that felt out of place was the aging CG on Keener. It’s so weird and it’s something you can’t look away from.

The use – and overuse – of Pete Townsend’s “Let My Love Open The Door” is reminiscent of the end credits of Look Who’s Talking – that movie where a baby is the main character and can talk, but only the audience understands him. Ignoring Hollywood’s current reliance on using this song — usually right before the end credits — Townsend’s musical cues wanting a door to open with his emotion bring a sense of nostalgia to viewers. It really is an upbeat song that feels like it could only have been made in the 80s. And again, brings back fond memories of a movie where Bruce Willis voiced a baby.

The Adam project leans heavily on another trope that I personally enjoy, which introduces a lot of high-level technologies and ideas and never fully explains them to the public. Although we never see it, it’s obvious that the future is pretty wild. Older Adam compares it to the Terminator future, only worse. Soldiers disappear into cosmic dust, there are lightsaber-like weapons, guns contain almost no metal, and many other concepts are thrown to the public without any explanation, which some may find annoying. However, we see this story through young Adam’s eyes, and he’s also completely in the dark about everything that’s going on, so this choice makes perfect sense.

However nostalgic this film is, one of the film’s biggest problems is that it doesn’t follow its own rules, which is typical of classic sci-fi adventure movies. Time travel here works with a “fixed time”, which means that a time traveler’s memories do not change until they return to their own time and their memories “reconcile”. It is very good. It’s flimsy, but good. However, the rest of how time travel works is very clunky. We can’t go into too much detail as it touches on very specific plot points that would completely ruin the story. However, it’s safe to say that the rules of time travel and affecting the past and future only work where it suits the story or to capture the emotional hearts of viewers.

This same “follow the movie rules when it suits you” format also happens in a major way during the climax’s final scene. Again, we can’t delve deeper into which rule is being broken, but once you see it, you won’t be able to stop thinking about it. Consistency in the rules of the movie is the most inconsistent thing. Luckily, this is an 80s-style sci-fi adventure film, so the rules can be bent and broken as long as everyone is entertained.

The Adam Project may be a movie released on a streaming service in 2022, but it looks like it’s straight out of 1986 – with much better technology supporting the backdrop. It’s an adventure film that brings back warm, fuzzy memories of past cinematic experiences, and if you weren’t a kid in the decade mentioned over and over again, the film still speaks to the kid inside. of each, letting their love open the door – sorry, I couldn’t help it. Yes, there are some weird choices with time travel rules and very crude CGs, but The Adam Project is a popcorn movie that will empower kids and is a fun ride for adults. What sets it apart from other recently released films in this genre is that it has a lot of heart. It’s not the most memorable sci-fi adventure film, but it’s a big break from our current reality.