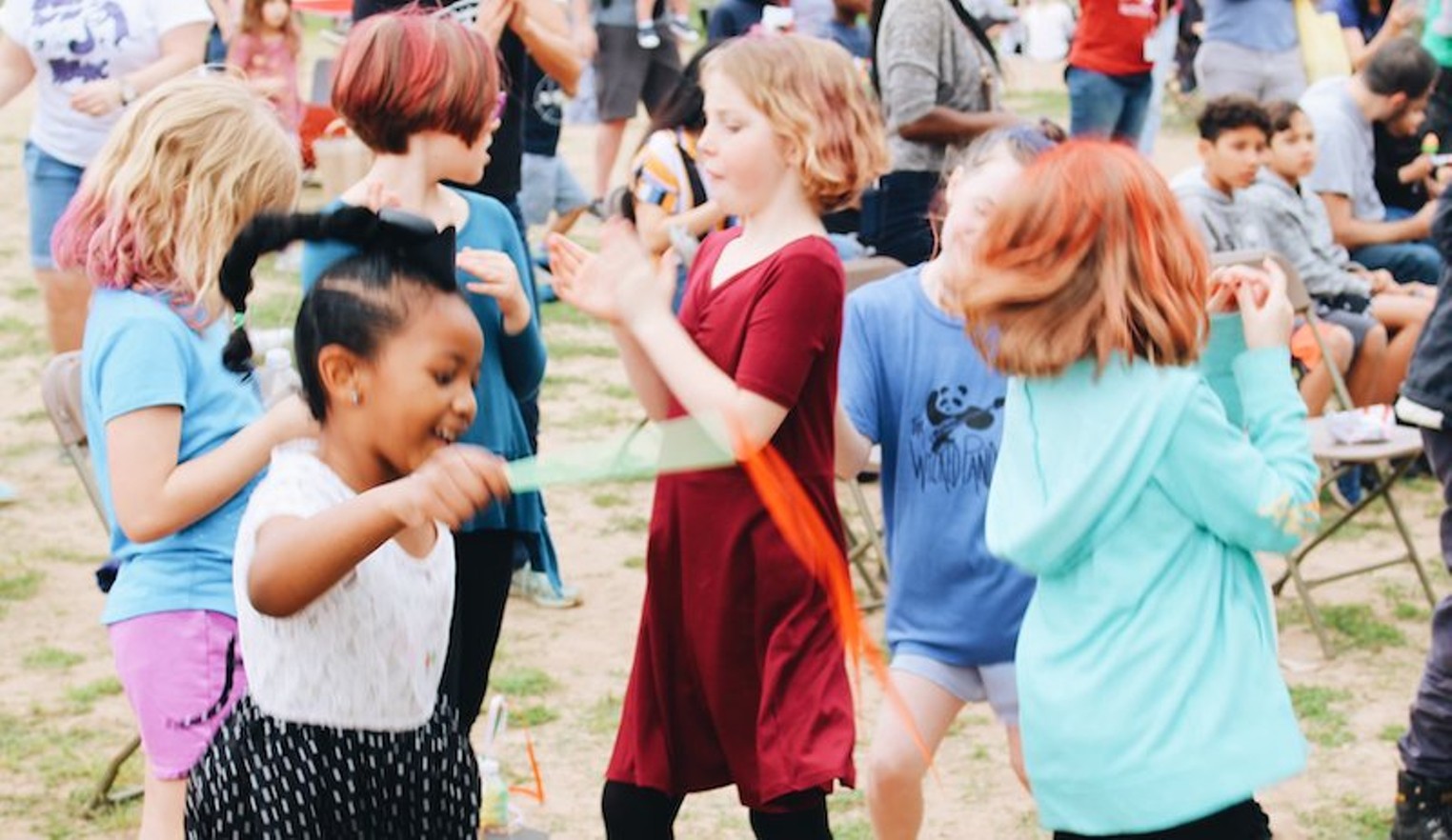 When kids are bitten by the music bug, the course of their whole lives can change. Exposing kids to the arts and music doesn’t always happen, but one Houston organization has worked hard to change that with its annual festival.

The 8th Annual Heights Children’s Music Day will take place on Saturday, March 26 at Love Park in the Heights. “Our mission is to inspire children to love and engage with music and the arts throughout their lives,” said Christi Gell, president of the organization.

The festival will have a Creative Zone with more than 30 Houston-area organizations, ranging from the Houston Grand Opera to Back To Rock Music School, who will be on hand to engage with visitors and encourage interactive experiences throughout the day. as well as their own performance. on the scenes.

“We want festival-goers to have a really rich experience and anything interactive helps with that. It gives organizations that are in our creative zone the ability to keep people at their booths a bit longer and tell them about the programs they have, so that’s a win-win for everyone,” Gell says.

There will be two interactive tents, new additions to the festival made possible by grants from the Houston Arts Alliance, featuring Just Adds Beats and The Joy of Djembe Drumming, two additions that Gell hopes will capture the attention of some of the kids more old people who visit the festival.

“Just Add Beats is so great because it’s such an integral part of music in today’s world where you record different sounds and mix different tracks together,” says Gill of the organization, which offers programs and after-school camps where children can learn to record and mix their own songs.

The festival is free and attendees are encouraged to register online for early access to their wristband on the day of the event. There will be food on site provided by Tacos A Go Go, Chick-Fil-A Sawyer Heights, Awesome Bites and Hugs & Donuts.

Heights Children’s Music Day began in 2014 when Gill, who a few years earlier had started a side project to his day job in the oil and gas industry to teach music lessons to parents and children, noticed a lack of children’s festivals focusing specifically on arts and music.

“I had this idea and got other people together who thought it was a great idea too and that’s how Heights Children’s Music Day was born.”

“When you go to a Houston Symphony concert or the Houston Grand Opera, you can tell the audience is older.” She began to ask herself important questions to realize her vision: “How do we start involving this younger audience and families in particular? How do we let them know that apart from the purple dinosaur Barney, there is has this richness and that any music can be children’s music.

“Any music can be children’s music.”

As a longtime resident of the Heights, she admired Love Park and recognized it as an underutilized park in Houston. “There’s a big space and it’s right next to the hiking and biking trail. It just came about because I wanted to support this park,” says Gill.

“You’re going to come here and really immerse yourself,” Gill says of the festival. The Heights Kids’ Day of Music coincides with the Bayou City Arts Festival which takes place in Memorial Park throughout the weekend, filling a weekend full of art for Houston families and possibly serving to encourage city dwellers to come and spend the weekend in Houston.

In previous years, Gill has been pleasantly surprised by feedback from families who said that after attending the festival, their children asked to take music lessons or classes with some of the participating organizations.

At a time when music and the arts are consistently cut from public school curricula, Heights Children’s Music Day serves as a venue to connect families and schools to organizations that can bring enrichment in the arts and music .

“It’s unfortunate,” Gill says of the lack of federal and state support for arts education. “There’s so much research out there that says what impact music and the arts have on a child’s whole upbringing and brain development, so it’s a shame it seems like the first thing to be taken out, but we hope that by connecting people to these different groups, they have the opportunity to bring them in personally or through their schools.