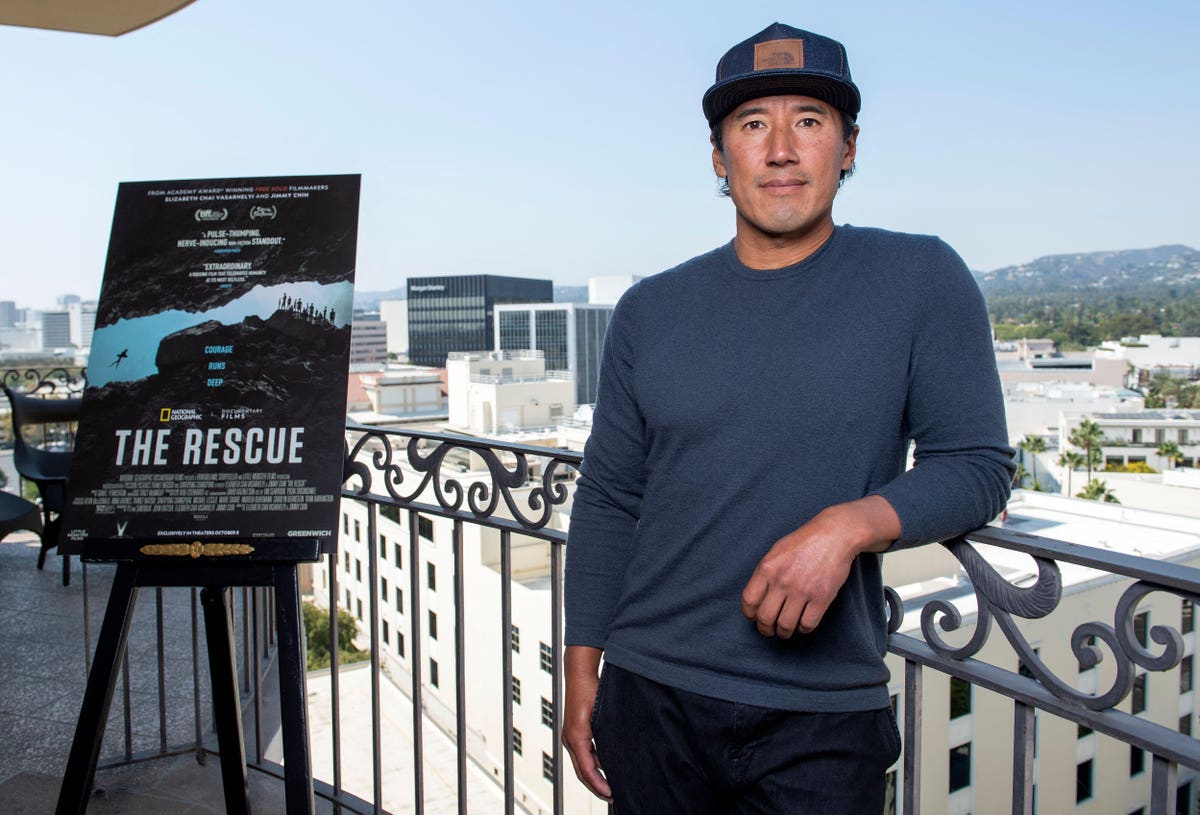 Travel is still in pandemic funk. And that means the surest way to regulate our wanderlust is virtual. Luckily, there are some great new adventure movies you can watch from home or at your local cinemas. Want to rock climb in Arizona? How about climbing some of North America’s most dangerous peaks in the Canadian Rockies? Or maybe on a death-defying underwater rescue mission in Thailand? We have what you need.

The latest film from Oscar-winning directors Elizabeth Chai Vasarhelyi and Jimmy Chin Free Solo, dives deep into the 2018 cave rescue in Thailand that captured the world’s attention for 18 gripping days. 10,000 people have gathered on a mission impossible to save a football team 1 mile underground, stuck on a limestone shelf in a flooded cave. Vasarhelyi and Chin grapple with the risks the rescuers had to assume for the mission. This tension-filled film is a journey into a world you can only hope you never have to experience in real life. In theaters now. Watch the trailer here:

If you watched Free Solo and footage of Alex Honnold climbing El Capitan without a rope had you squirming in your seat, so get ready for this new movie from the makers of the famous The Dawn Wall. In The Mountaineer, director Peter Mortimer follows the late Marc-André Leclerc, a Canadian mountaineer who set a precedent for the most daring winter climbs, often – and unthinkably – achieved without ropes or rehearsal. Mortimer does his best to keep up in this inspiring and heartbreaking film about a young man in pursuit of adventure in its purest form. In theaters now. Watch the trailer here:

This new film from Patagonia follows up-and-coming mountaineer Lor Sabourin, a trans mountaineer who explores his identity while attempting a meteoric ascent through the sandstone canyons of Arizona. This important film is a beacon for those struggling with gender identity, eating disorders, body dysphoria, self-harm and trauma. Sabourin’s journey from lost soul to elite athlete is authentic, moving and inspiring. But as They they makes it clear that the fight for trans and non-binary inclusion is far from over. Watch the movie online for free: