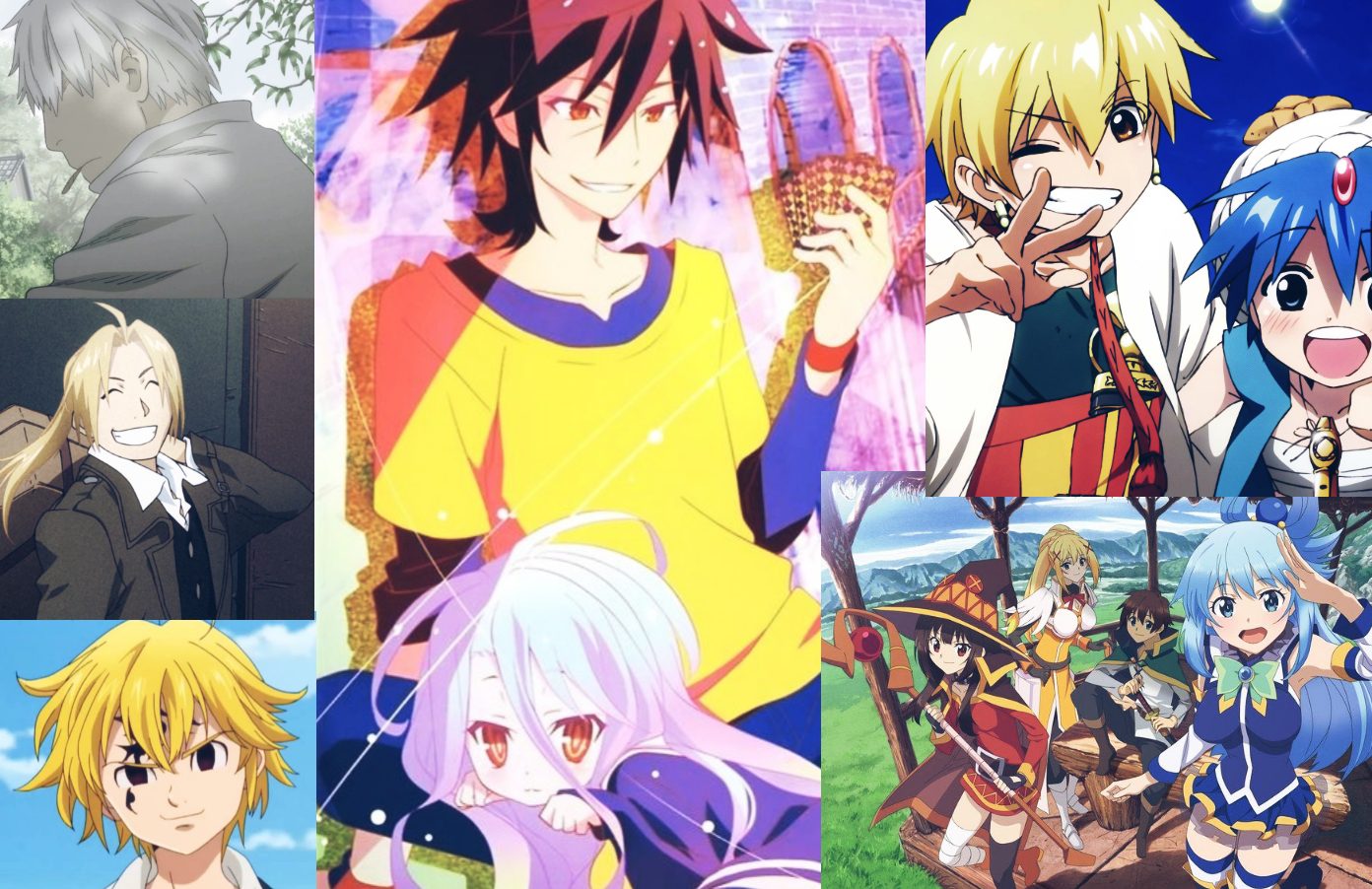 The quality of the anime to take us afloat to a whole new world never ceases to amaze me. This is the very reason why anime is such a great escape from harsh realities. At one point you are faced with an existential crisis, the next you could fly among the dragons and become the hero who defeats the demon lord. Through the escapades in a whole new world, we see a new angle of perception of things. This is the impact that some of the best adventure anime have had on me.

I bet I’m not the only one looking for this escape every now and then. In this horrific time of pandemic, I bet most of us have resorted to cartoons (binging) to experience the open world. As humans, we are constantly looking for an adventure, something that can get our adrenaline pumping. So when a certain anime is finally able to deliver the best, we find ourselves in a vicious loop of constant searching for a similar anime on the net. Adventure animes are plentiful, but finding the best adventure anime among them could be difficult.

If you’re looking for a great adventure anime to help your mind wander, here are some of our best handpicked adventure anime you can’t miss. These anime can be found on Netflix, Crunchyroll, Funimation, HiDive, or any other legal anime streaming platform.

Magi: The Labyrinth of Magic

Magi: The Labyrinth of Magic offers the most precise magic trick that even the highest rated anime fail to deliver at times. I like to describe Magi as a mature fairy tale. Everything in the anime has a light frame. It also gives its viewers a lot to learn. The anime lets its audience enter a world of dungeons, wizards and magical battles! Magi has a wide range of characters, each of which contributes to the story. Even the weakest characters have a lot to like about them. Magi: The Labyrinth of Magic is one of the best adventure anime you can come across, and I recommend it to anyone who wants to enjoy the adventure genre in anime.

Magi: The Labyrinth of Magic.

Seven Deadly Sins is a very popular anime, and I doubt there is anyone who hasn’t even heard of it. The fantastic setting and action sequences of the anime make it a treat. It has a good background supporting its main plot. There is a very adventurous vibe around it that is executed with precision. As spectators our eyes wander with Elizabeth. Through it, we encounter sins, we familiarize them and witness the new world with admiration. The anime is also constructed very intelligently as it develops through flashbacks. The Seven Deadly Sins anime has come a long way at the time of writing. Even with the flaws it has acquired with its growing number of seasons, the anime has always won over its fans by catching up with them in one way or another. 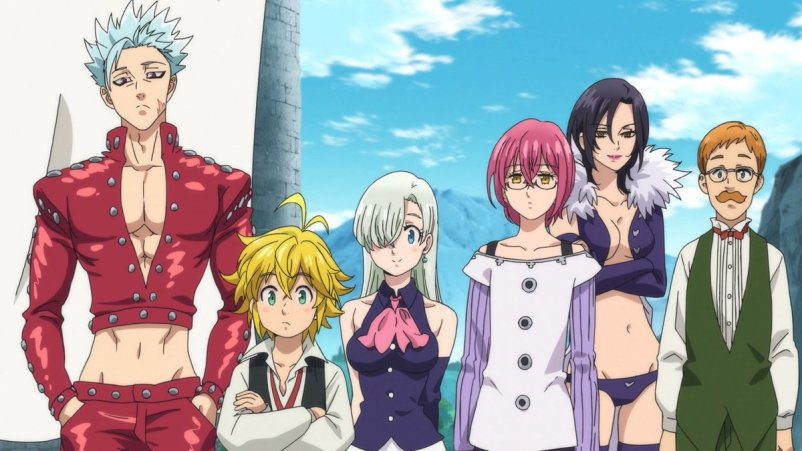 On the surface, Soul Eater gives off a very light impression. The story doesn’t sound too serious, and it looks too humorous. This is probably one of the reasons viewers often abandon it after the first few episodes. However, as the story progressed, we would see the deeper and more intense storyline that he had been building all this time. Soul Eater is fun, interesting, and can hook its viewers too. The anime is wrapped in a lot of comedy, and it also maintains its kind of action and fantasy as well. Soul Eater is a great anime that has some very adorable characters. Each character is involved in the story and shows their development throughout, even a little. 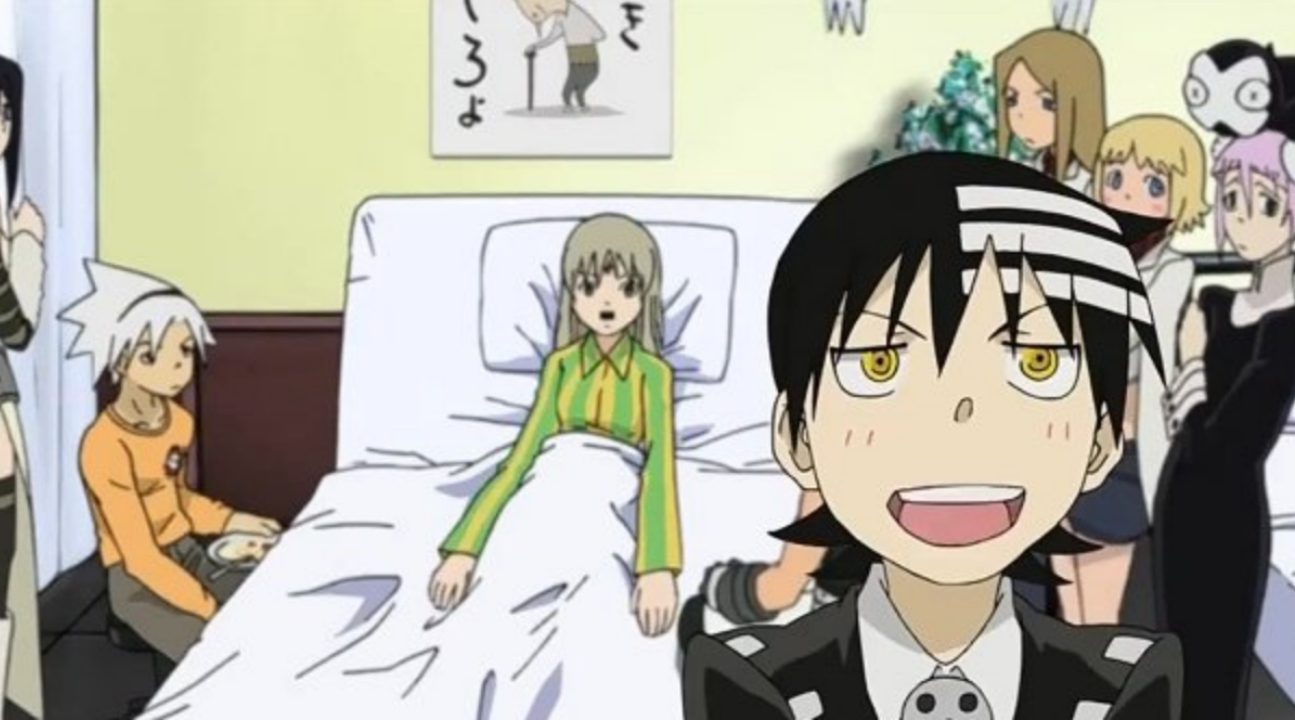 After the failure of the first adaptation, the Fullmetal Alchemist franchise took a full tour of the anime and did a remake. The remake was a big hit and proof of an anime’s success by sticking to the source manga. Fullmetal Alchemist: Brotherhood has a terrific pace and incredible characterization. The anime feels perfectly placed and a complete treat for anyone who enjoys watching adventure anime with excellent animation. For the plot, Fullmetal Alchemist: Brotherhood comes with some great twists and developments. The flow is very smooth, keeping its viewers interested until the end. Add it in with an amazing voice and you’ll see the entirety of one of the best adventure anime you’ve ever come across. 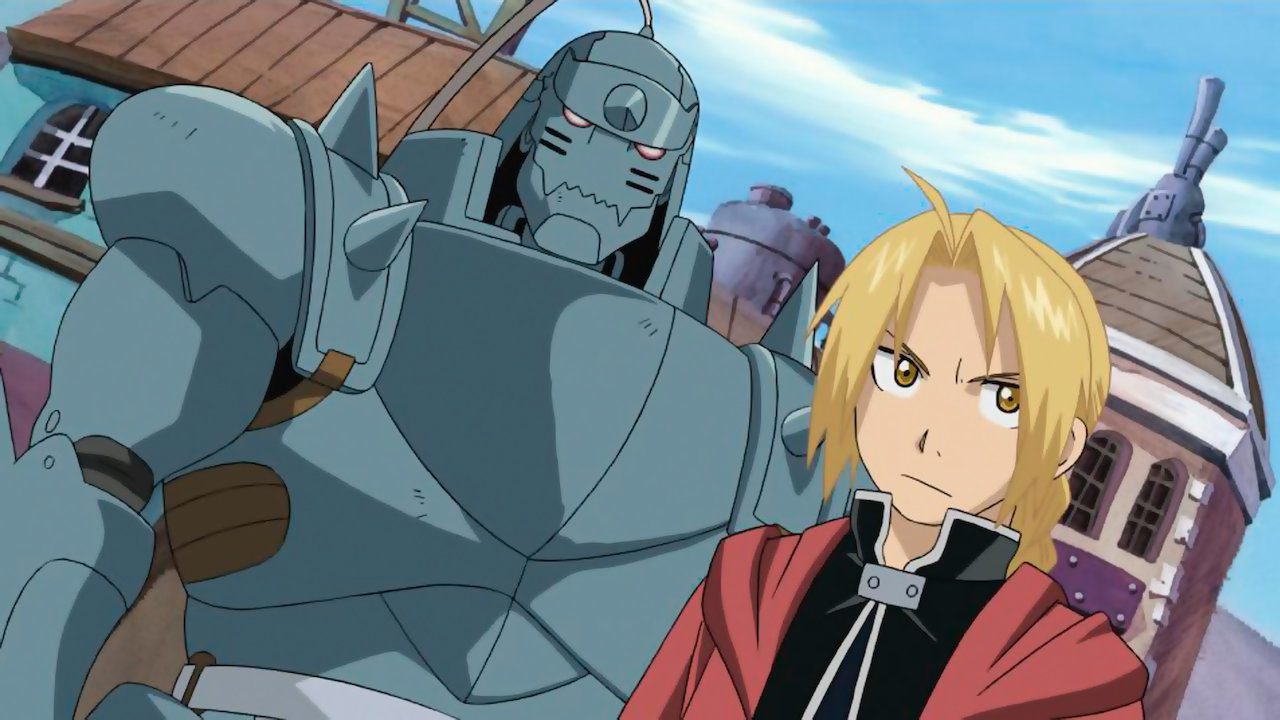 Called KonoSuba in short, this is an isekai comic anime with some of the most chaotic characters in isekai history. Some parts of the anime feel very real. Not in a very everyday way, but more in a “it sure could happen if someone were teleported to a different world” way. KonoSuba’s humor is chaotic. Every now and then, you catch yourself wondering what exactly the characters are doing, while shaking your head back and laughing. But humor is far from the only reason the anime is included in a list of the best adventure anime. The anime explores a new world through quests. There are dangers in these quests that the characters also deal with in their own way. KonoSuba is all about entertainment that gives its viewers a taste of many things at once. 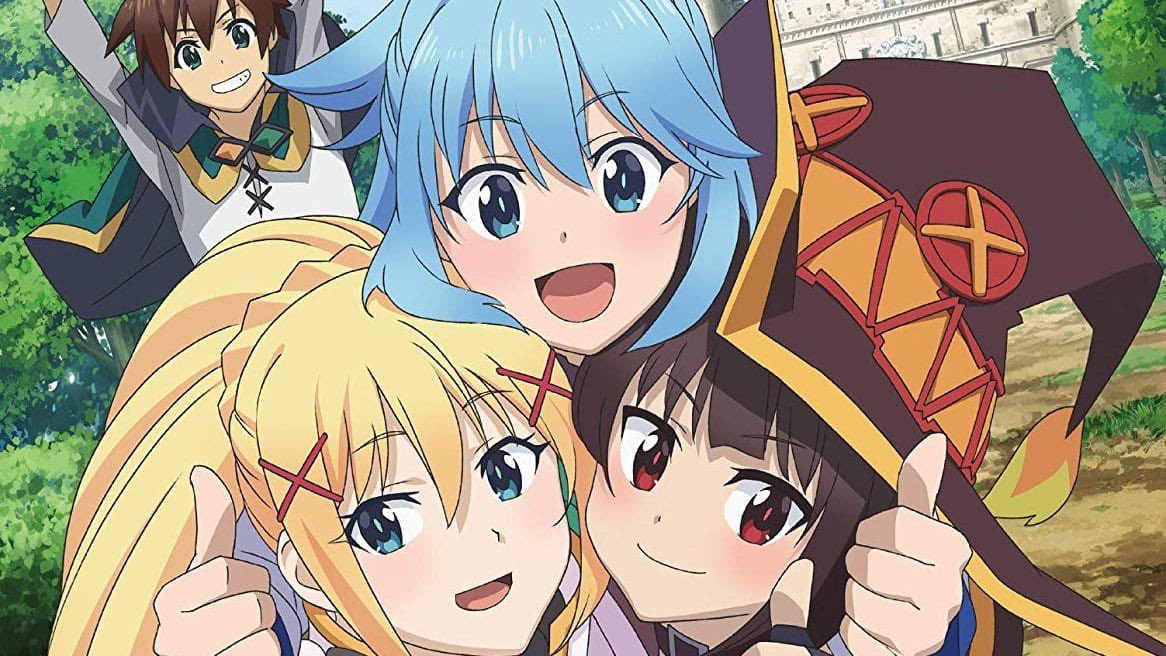 Among the most bloody anime on the list, Mushishi is a peaceful and slow-moving anime, but with just as much an adventurous ring around it. The anime is episodic, which means that each episode has its own motif with no follow-up to the previous or next episode. There is a lot of originality to the series, so there is no point in waiting for something cliché or the usual in this anime. Mushishi alone brings beautiful visuals, new regions, and assorted fantasy elements without resorting to violence or action. The experience of watching Mushishi is serene, especially with its beautiful OST. In an anime like Mushishi, art is one of its most powerful weapons. The anime’s cursive lines and brilliant depiction of the supernatural make this an exceptional watch that is definitely worth spending hours on. 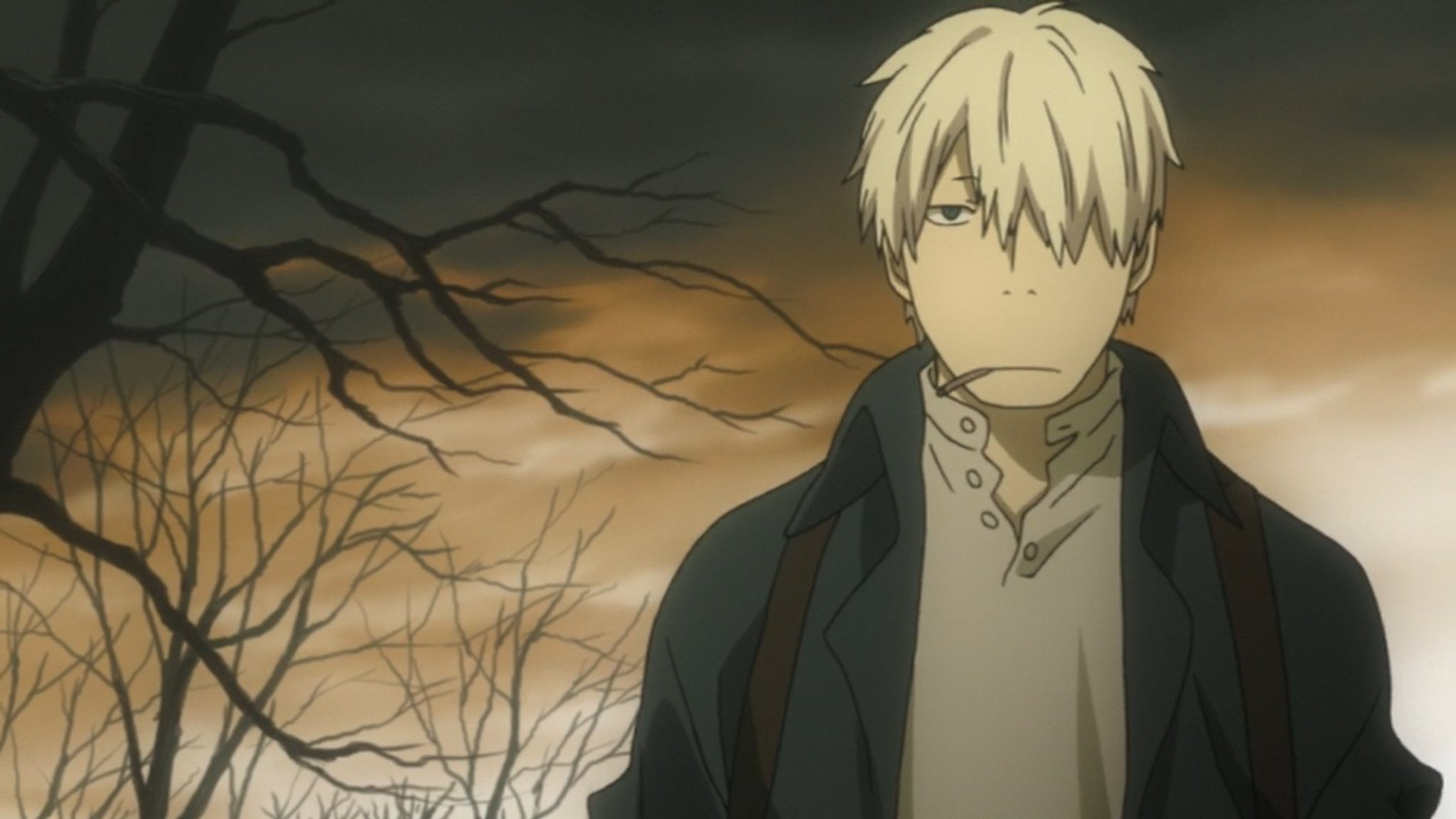 Akame ga Kill is a very entertaining anime that also touches on a lot of thought-provoking topics. It mainly focuses on the corruption of royalty. To retaliate against them, the anime’s other main focus is a group of rebels, each with a special weapon. Akame ga Kill leaves a very deep imprint on people’s minds with its captivating storyline and mind-blowing action. The anime also has a bit of gore. I find Akame ga Kill developed with a lot of creativity. The thought mostly comes from all of the different Imperial Teigu that we see in the series, which are so diverse and creatively inserted into the story. Akame ga Kill’s dark setting complements the badass characters. From intense action to versatile characters, Akame ga Kill is one of the best adventure anime that everyone should watch. 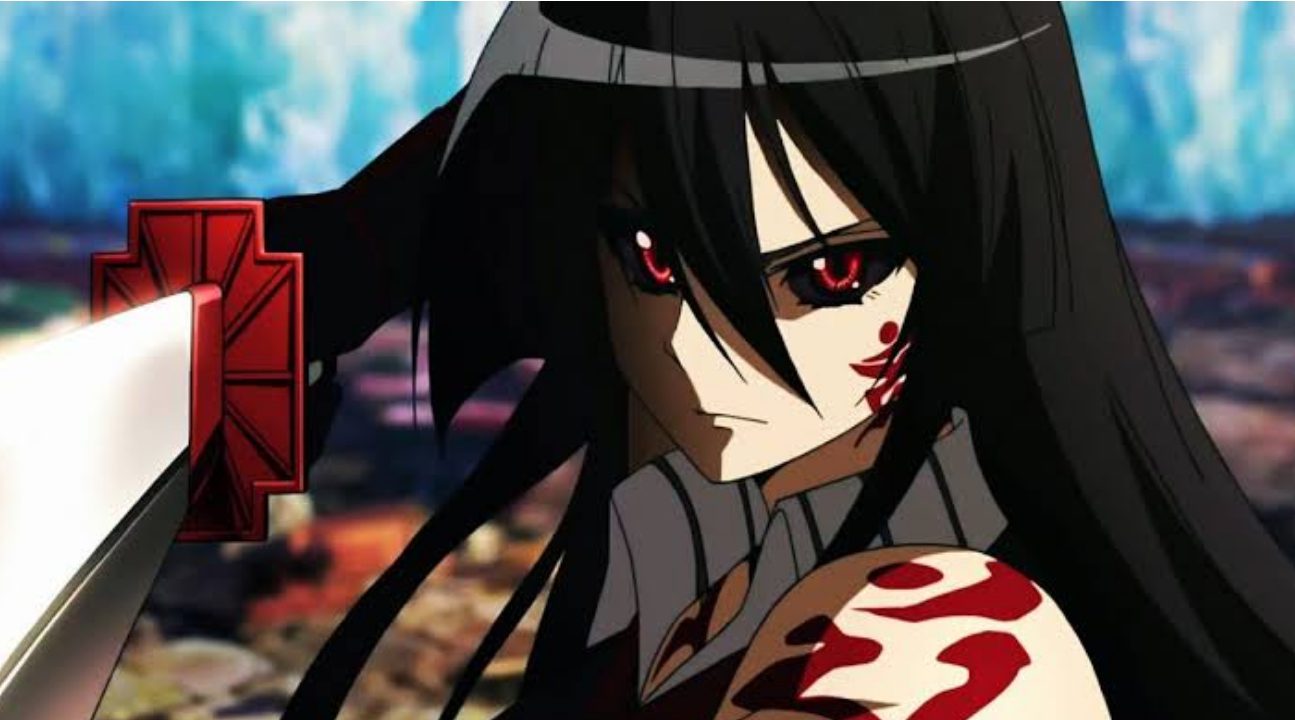 As the name suggests, Kino’s Journey is literally about Kino’s journey. While traveling on her motorbike, she explores new places, meets new people and survives difficult circumstances. As adventurous as it sounds, Kino’s Journey is at times a very dark anime. It’s not even about the new people she meets, but also about their cultures and their absurd laws. From Kino’s eyes we see the world and its dark edges. What is fair? What is legal? The perspective can change so much from person to person. Kino’s Journey is a real adventure. The main character, Kino, is one of the most surprisingly written characters you can meet. She is intelligent, intelligent and skillful. The anime also features beautiful visuals that constantly keep your mind at peace despite the dark themes it often serves. 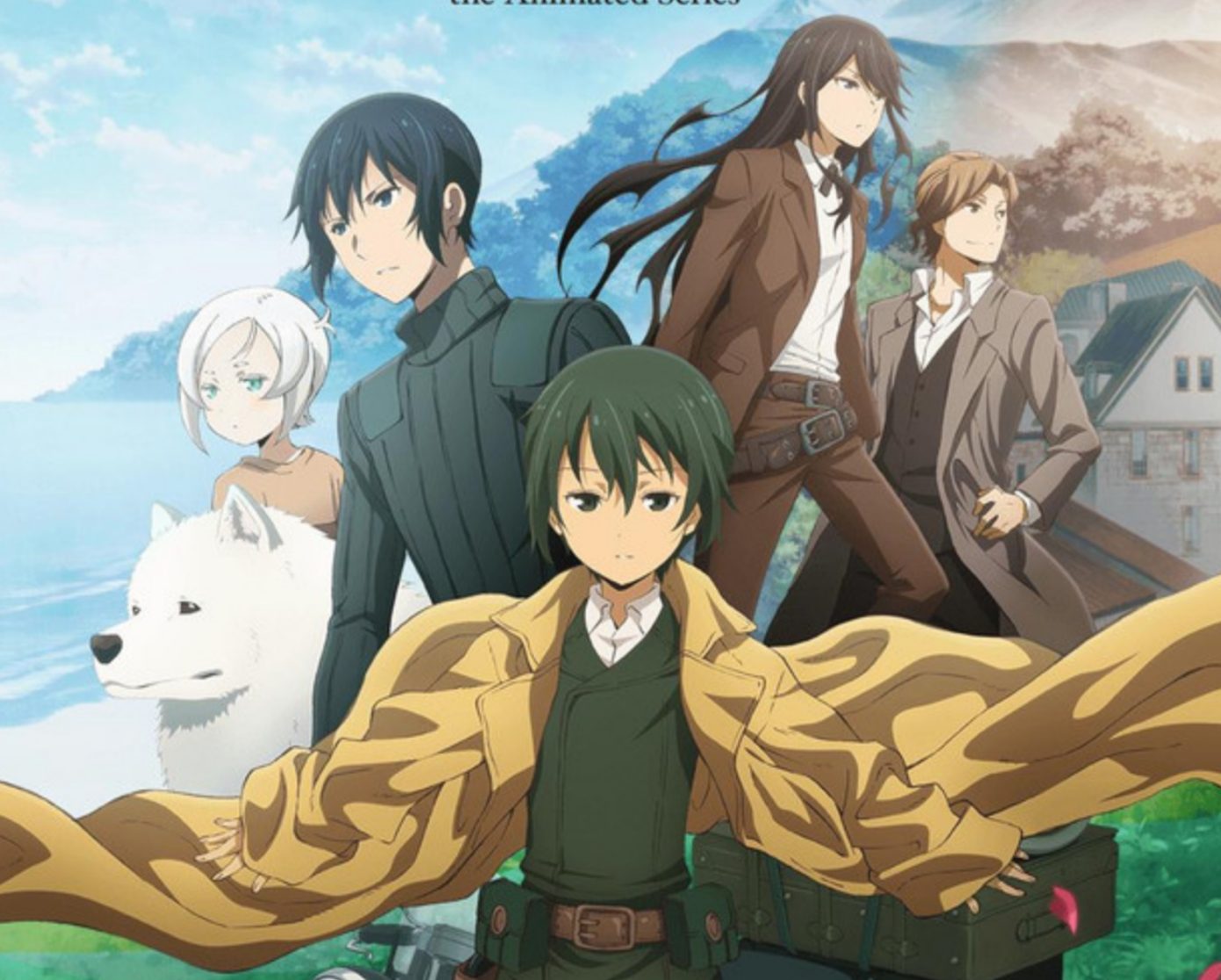 Claymore takes the audience on a bloody journey. Raki and Clare travel from town to town, defeating the “youma”, demons that feed on human flesh. One of the best qualities of the anime is that he is very intelligent. The plot has many clever twists and turns that impress its viewers the most. The characters have great stories that not only allow us to empathize with them, but also draw us in and learn more about them. Claymore does not have any ready-made items. The tools he uses are quite generic. However, the way the anime uses different elements is what makes all the difference. Claymore’s rhythm is something to be proud of. He doesn’t drag the story out too much, keeping the plot smooth. Revenge story, Claymore is shaped episode after episode towards a very admirable progression. 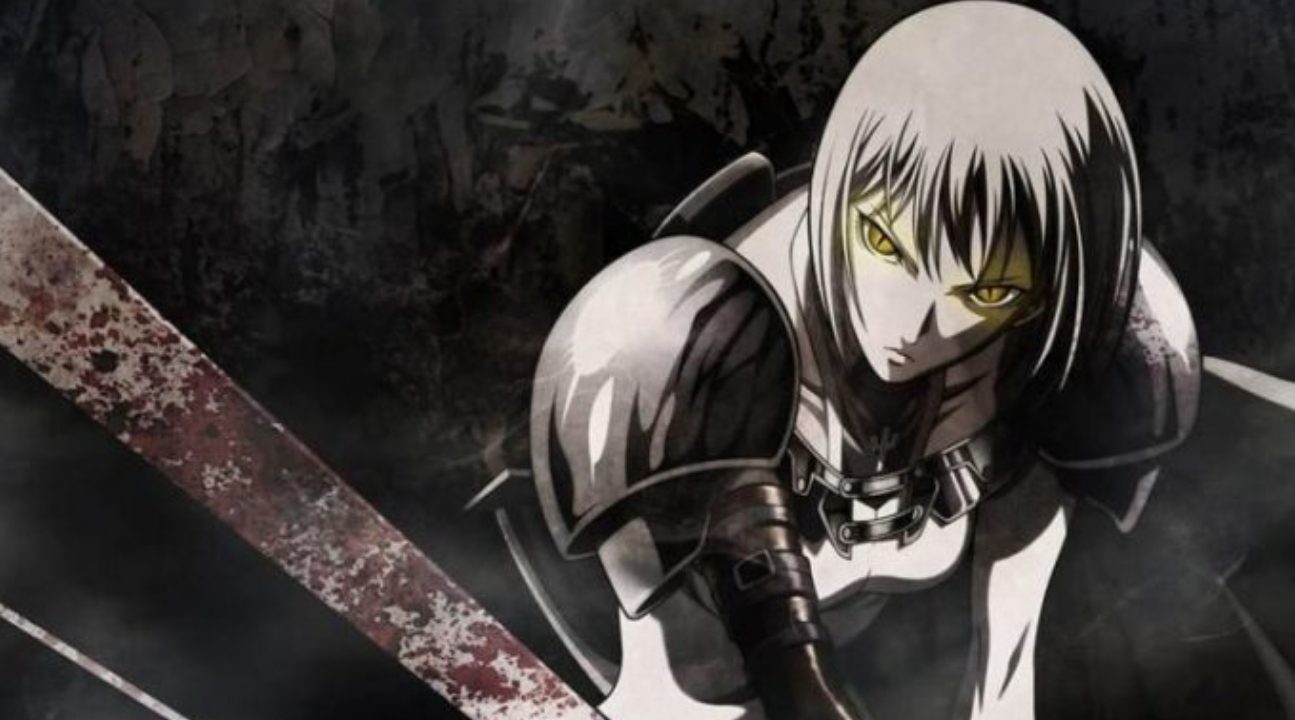 No game no life

No Game No Life is one of my personal favorites from the Madhouse collection. The anime, for starters, is very entertaining. His characters are witty, eccentric and geniuses. No Game No Life has a very unique concept of isekai which makes it a very interesting anime. Set in a world where conflicts are resolved through play, No Game No Life takes the world of fantasy to a whole new level. If what most people are looking for in an adventure anime is fantasy, drama, and danger, this is the anime they should try. Her cute art style is added as a bonus. If you are planning to binge on No Game No Life, get ready to meet cute elves, cute werebeasts and many other cute fantasy creatures that are sure to steal your heart. 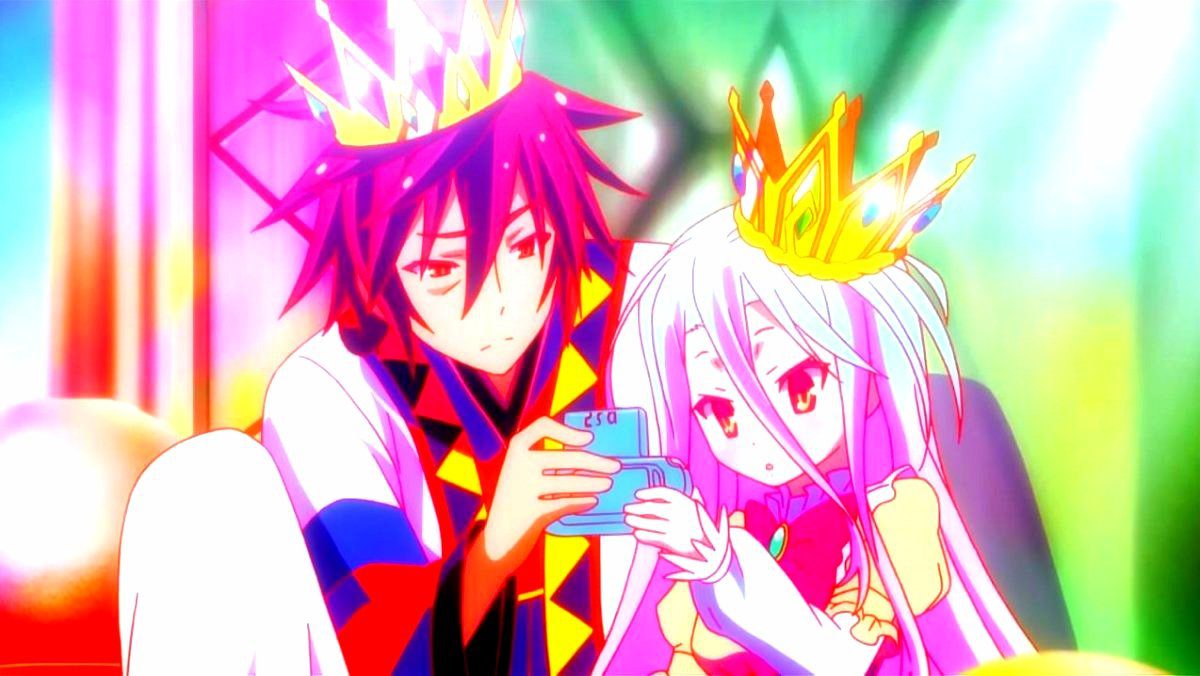 No game, no life.

The best adventure movies of all time