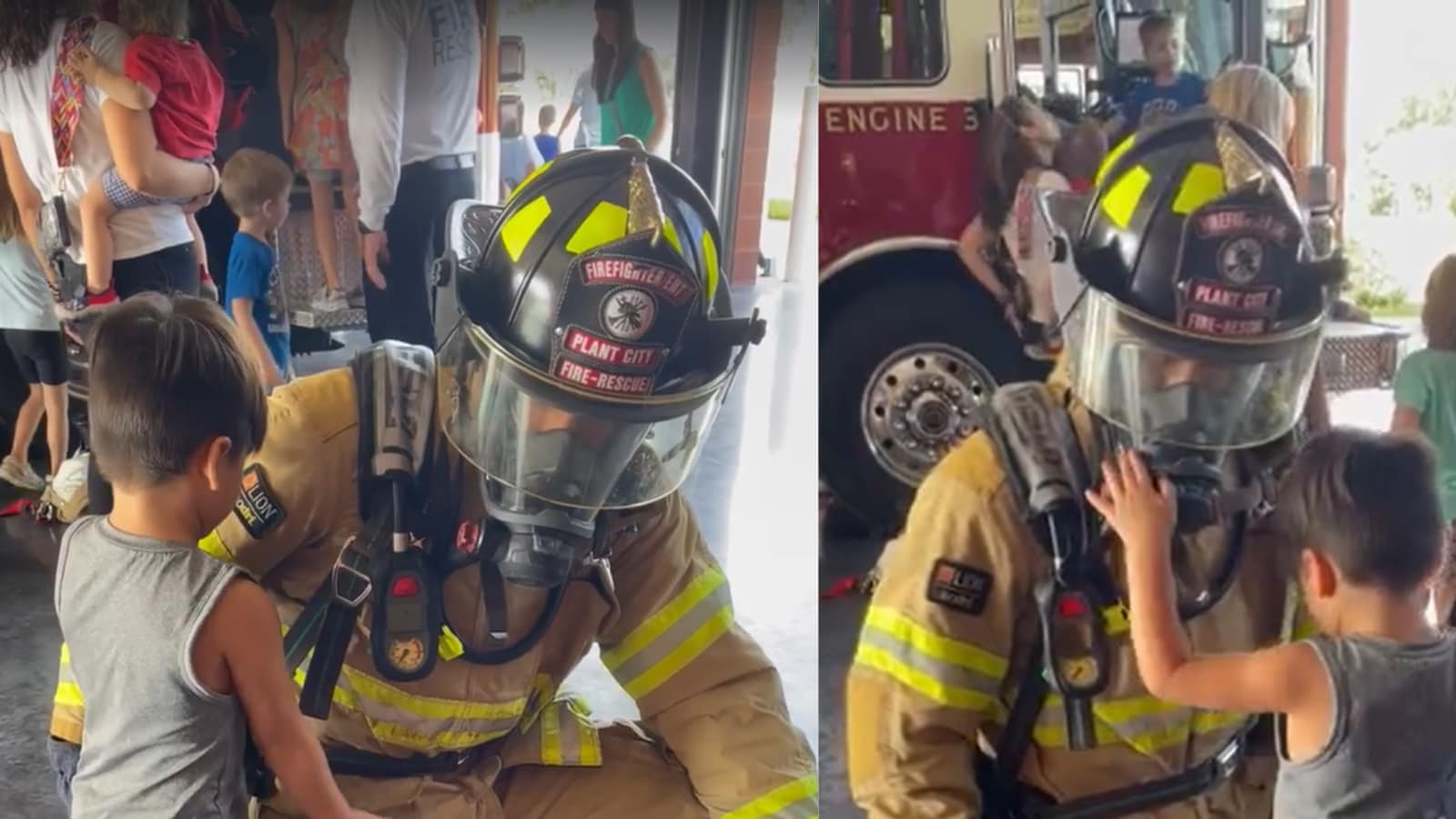 A touching video shows a visually impaired child giving a break to his curiosity. In the clip, a firefighter is seen sitting next to the child while the child “sees” his uniform and various firefighting equipment by feeling them with his hands.

The child carefully walks around tapping on various elements of a firefighter’s uniform as the fireman explains to him the things he gets his hands on. This hearty clip is gaining traction among viewers on social media. The video was shared by a woman named Destiny Fiaschetti, who is the mother of Junie, the child in the video. According to a report from CNN, Destiny adopted Junie in 2020 after nurturing her for over a year.

Under the moniker “Adventures of a June Bug”, Destiny operates a Facebook page where she continues to update followers and other users on Facebook of her son’s daily adventures. The video which is attracting immense attention on the social media platform shows such an adventure at Plant City Fire Rescue Station.

Take a look at the video, here:

Sharing the video, Destiny, in the caption, wrote, “Little man was able to attend a homeschooling trip to a Plant City fire station! He of course loved every second of it. He walked around the station, heard the dispatch on the loudspeakers, explored the fire truck and heard the sirens! »

She added that Junie’s favorite part was interacting and spending time with the firefighter, “which made Junie feel all over his uniform and gear, touch anything he wanted, hear the sounds of his equipment and to answer all his questions!” Fate revealed that Junie also got to visit the fire truck.

Netizens were filled with emotions seeing the firefighter’s cooperative demeanor and the eagerness with which Junie fingered the uniform. One user commented, “My brother-in-law is a captain. I’m sure he would offer this opportunity again. So awesome.” Another said, “What a wonderful firefighter to explain everything and let Junie explore.”